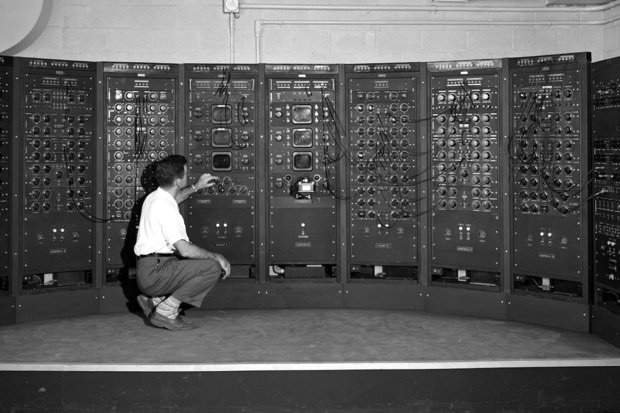 While most organizations are moving business operations to Software as a Service (SaaS) and cloud computing solutions, some organizations retain dependencies on legacy platforms and the software that runs on them. Maintaining access to these deprecated platforms can often be a source of frustration for IT, as aging hardware and software often require scavenging websites such as Craigslist or eBay for decades-old parts. However, new parts and software can be used in its place, making the process easier.

For software which requires the use of older operating systems, VirtualBox can readily be used to virtualize the OS and application, allowing the legacy environment to be used on modern hardware. VirtualBox has a built-in host for Remote Desktop Protocol (RDP), allowing users to connect remotely to a VirtualBox VM. VirtualBox is more adept at handling virtualization for legacy software than QEMU/KVM or other modern hypervisors.

VirtualBox can be used to connect to legacy hardware

Often, legacy hardware dependencies are difficult to virtualize around, particularly when hardware peripherals are involved. There is a wealth of legacy hardware for which new drivers were never created following the release of Windows Vista, which brought with it a significant rework of the Windows driver model. VirtualBox can natively map access to the serial and parallel ports to a virtual machine, allowing legacy peripherals to be connected to modern hardware. USB support in VirtualBox can also be activated using this easy to follow guide.

While VirtualBox can map access to serial and parallel ports to a virtual machine, that is of little use if your modern hardware has no serial port (which, to be fair, is often the case). Many motherboards, particularly on business workstations and servers, have serial headers, which allow for a native RS-232 / DE-9 COM port to be added using adapters like this. If your motherboard lacks this header, you can use a USB to RS-232 adapter. For laptop users, USB-C to RS-232 adapters are also available.

PATA disks continued to be manufactured for years after the introduction of Serial ATA in 2000. (SATA completely overtook the market by 2008.) Practically speaking, any currently deployed PATA disk is at least a decade old, and likely more. For a technology derisively referred to as “spinning rust,” decade-old drives are practically begging to be replaced.

Old Parallel ATA disks can be replaced with a disk-on-module SSD, like this 16GB Hotusi-brand DOM. Using a DOM has the added benefit of allowing for airflow obstructing IDE cables to be removed in the process. You can also use Clonezilla to clone your existing hard drive to make the migration as seamless as possible.

A wide variety of hardware, including computers, industrial automation, and CNC machines, as well as more specialized devices such as electronic keyboards and sewing & embroidery machines sold from the 1980s throughout the early 2000s, allow users to load data on 2.5″ floppy disks. As the last floppy disk factory closed in 2011, and belts in existing drives broken from old age, replacing your floppy drive with a drive emulator that can switch between virtual disks stored on a USB drive can breathe new life into your legacy systems.

For most of the last decade, a variety of devices relied on 1.8″ ZIF hard drives, including UMPCs like the OQO and Pepper Pad, handheld inventory checkers running Windows CE deployed at major retail stores, and most famously, the iPod. As production of these drives has ended, the only options for replacement are searching for used parts, new old stock, or drive converters.

A variety of drive converters exist for this. In general, a CompactFlash to 1.8″ converter will be the most affordable option, as this is essentially a passive converter (the electrical signaling is identical between the two). For iPod use, specialty vendor iFlash has multiple options available, including converters for mSATA drives, as well as single or dual SD, or quad microSD converters. Additionally, the free aftermarket firmware Rockbox can be used on iPods and other digital music players.

Though most systems in deployment should be 64-bit, you may have an odd use case requiring the use of a 32-bit version of Windows 7, 7 SP1, 8, 8.1, or 10. These can be patched to allow Physical Address Extensions (PAE), which switches Windows to 36-bit addressing for RAM, allowing for up to 64 GB of RAM in a single system. While this is normally only available in Server editions of Windows, it can be patched using downloads from the links above, with this guide for overriding the 4G memory barrier on 32-bit Windows systems.

PAE isn’t perfect, as it does not work perfectly on newer hardware (Sandy Bridge and newer), which has 64-bit capabilities anyway. Even with this enabled, a single process is still limited to a maximum of 2GB RAM.

Though it is still considered alpha-level software, ReactOS has made strides in becoming a future-proof, binary compatible replacement for Windows. For those unaware, ReactOS is an unauthorized FOSS implementation of the Windows NT architecture, aiming to support existing applications and drivers. The project is similar to Linux distributions, as the ReactOS team integrates third-party libraries, including WINE for Win32 program compatibility, on a clean-room clone of the Windows kernel.

Likewise, IBM announced the cessation of active development of OS/2 more than 20 years ago, though the niche OS has had a curiously long afterlife given the needs of IBM’s enterprise customers. Arca Noae, a company which provides device drivers for modern hardware and other utilities for OS/2, offers a modern distribution of OS/2 called ArcaOS with these utilities bundled. Unlike ReactOS, ArcaOS is officially licensed by IBM, and it has full binary compatibility with OS/2, Windows 3.1, and DOS software.

Please provide the below information and one of our team will contact you within 1 business day.

Thanks one of our team will be in contact shortly.