What is a hosted desktop? 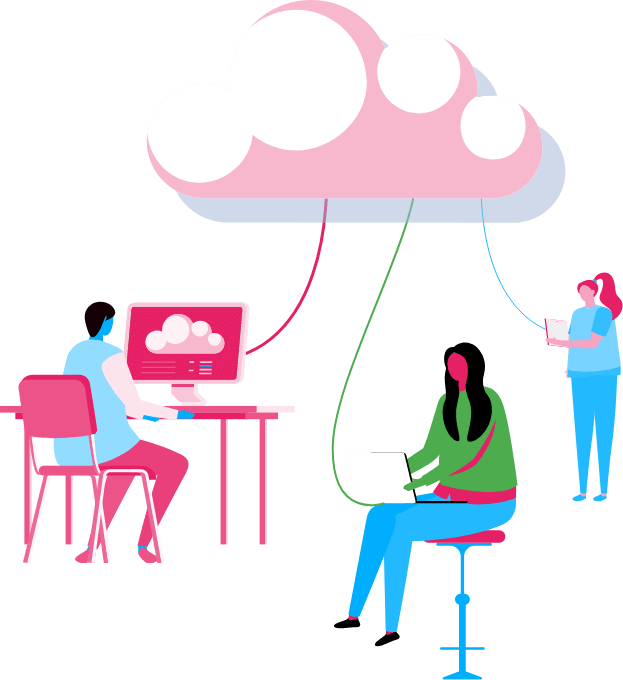 A hosted desktop is a client-user environment in which a desktop computer (also known as a thick client) uses virtual desktop infrastructure to access data on a remote server (VDI). A hosted desktop can run its own operating system and applications while others are managed by the server.

What are the benefits of hosted desktops?

Companies can use hosted desktops to run virtual machines on desktop computers. Because applications and data remain in the datacenter, there are several advantages in terms of security and control.

Use cases for hosted desktops

BYOD workplaces: Historically, organisations have preferred that employees use specific devices, such as company-owned laptops, to avoid security risks. However, as more businesses adopt Bring Your Own Device (BYOD) policies in the age of hybrid work, many are turning to hosted desktops to provide secure application / data access.

Third-party vendors and contractors: When companies outsource projects, they typically have two options: provide each employee with a company laptop or manage multiple environments across contractors. Contractors can use their own devices to access the company’s system via a hosted desktop.

Graphic-intensive applications in the workplace consume a lot of computing power, which is expensive and puts a strain on business systems. Hosted desktops provide the virtualization needed to easily share data while also improving app performance.

GET AN IT SOLUTIONS QUOTE

If we’re the right fit, you’ll choose the IT service agreement that works best for your organization.

Within days, you’ll be experiencing IT like never before.