Internet of Things Stats & Facts for 2022 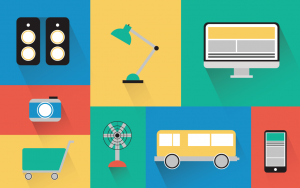 Statistics on IoT Device Security, security like Technology is evolving, and there is no doubt that it will continue to play a role in our daily lives. Despite popular belief, the Internet of Things, or IoT, is not a new technology. In fact, the Internet of Things has been around since the 1980s. IoT is made up of interconnected devices that allow users to access remote functionality in real time. Businesses have begun to recognise the value of IoT investments in recent years. Here are some IoT statistics you should be aware of.

The Internet of Things is made up of physical devices that communicate with one another via a network or internet connection. You’re using IoT if you can control it from another device.

Some popular examples of IoT include:

There are numerous business and personal applications for IoT.

The Internet of Things is experiencing steady growth, which is expected to continue as the number of IoT devices increases on a regular basis.

Because of IoT connectivity, our devices are constantly communicating on networks and with other technologies in order to help us be more efficient. However, much of that data continues to flow indefinitely without being protected by the necessary security protocols.

IoT devices are extremely useful for monitoring patients and communicating data to healthcare providers for review and diagnosis. During the pandemic, the need for telehealth made IoT ideal for many healthcare applications. According to Forbes, much of the health-specific predictive capabilities rely on big data, which combines internal and external data sources, which is essential in IoT, allowing for better data leveraging and greater insights into patient health.

Internet of Things in Technology

IoT technology has far-reaching implications that go far beyond individual consumers. Smart cities are being developed by forward-thinking municipalities as part of a connected technological world, for both personal and professional efficiencies.

IoT has significant value in the agriculture industry, supporting sustainable growth in the face of rising food demand and supply chain resilience while reducing the need for manual labour. Farmers can use agriculture IoT to monitor conditions such as light exposure, humidity, soil moisture levels, overall crop health, and irrigation levels. Self-driving tractors, livestock checks, and the use of drones for remote monitoring all contribute to increased farm efficiency.

GET AN IT SOLUTIONS QUOTE

If we’re the right fit, you’ll choose the IT service agreement that works best for your organization.

Within days, you’ll be experiencing IT like never before.